What an amazing and crazy weekend I just had, filled with a lot (and I mean a lot) of laughs. Not just regular laughing though, the laughing that hurts your stomach and makes you pee your pants kind. Ivy and Mom were supposed to come up on Friday, but due to sickness and other plans Ivy couldn’t come! Instead Gramma came up with Mom for two nights. The main goal of the trip was to go and register for Elle’s visa for her India trip coming up in just a few weeks! So Saturday morning, I was waiting outside at 7am (the visa place opened up at 8am) because Mom was told that it would be absolutely crazy. Well I was the first one in line (while Mom and Gramma waited in the car), and out of nowhere families started lining up behind me. By 7:50am the line was so long it looked like we were waiting for the best Black Friday deal you could ever imagine. First one in line, with paper work in hand Mom walked in and 10 minutes later came out with the Visa confirmation. Literally 10 minutes.

The rest of the day we went shopping at Don Mills (an outdoor mall) and then went downtown. We didn’t get home until pretty late because we had different places to go to around the downtown area. Mom called me the party pooper all weekend because I wanted to go to bed at like 10pm (which is late for me btw) and she wanted to keep making her new speciality drink made with ginger beer )it isn’t actually beer, it’s pop).

Yesterday morning we slept in and went for coffee and scones at Bobette and Belle. After I had to go and buy some art supplies for this project I am working on and I realized I am going to go broke because of it. I am painting a massive pond on glass and I need so much paint it is ridiculous. I will keep you all updated and give more detail in another post! We picked up a few groceries and then Mom and Gramma left to go and pick up Ivy. She is super sick now and Mom is going to bring her home for a few days until she gets better.

This week is going to be pretty laid back with nothing major happening. I am super excited because there are only 2 more days until my BIRTHDAY MONTH!!! (if you’ve never heard about my birthday month, it was a joke I started probably 5 years ago where I decided I was going to celebrate every single day for the month of February and it just kind of stuck). Now pretty much everyone in the family celebrates their birthday month! It is so crazy to think I am going to be 20 years old in less than a month!

I hope you all have an amazing Monday and a great week! 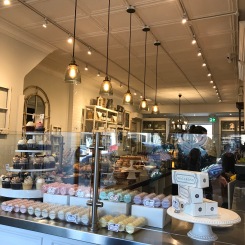 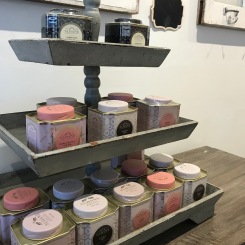 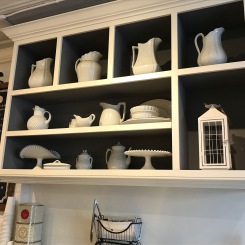 2 thoughts on “A Weekend Filled With Lots of Laughs, Food and Ginger Beer”